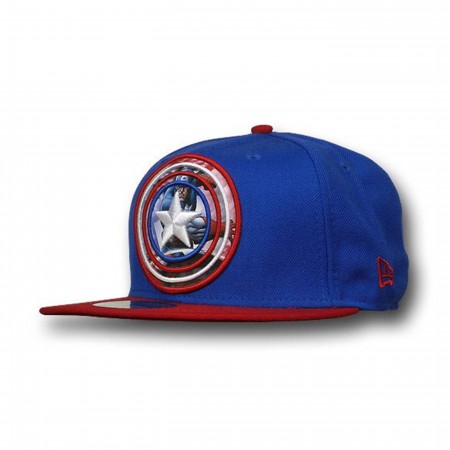 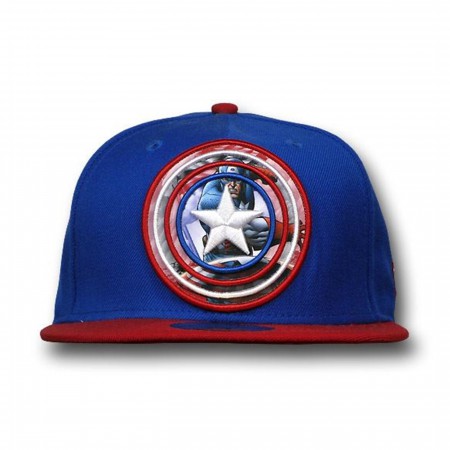 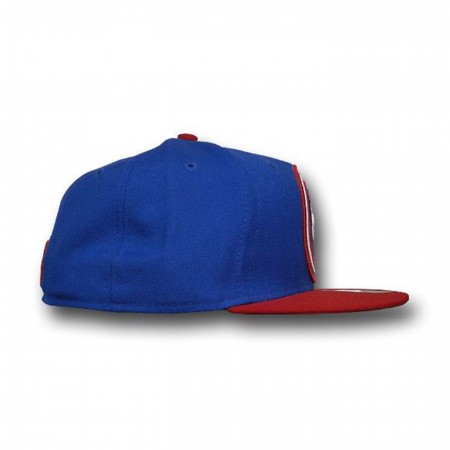 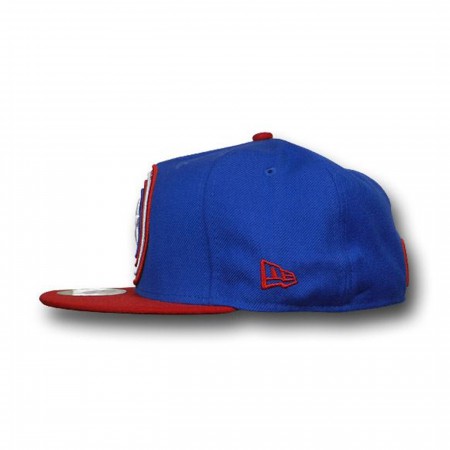 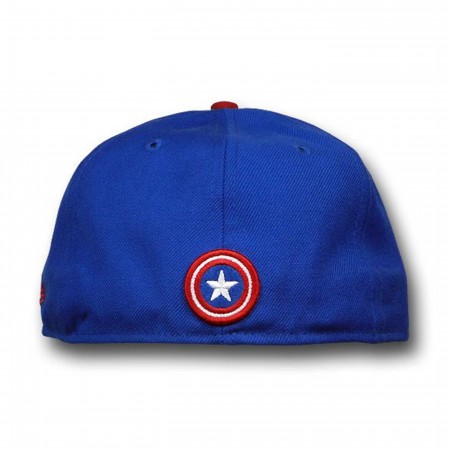 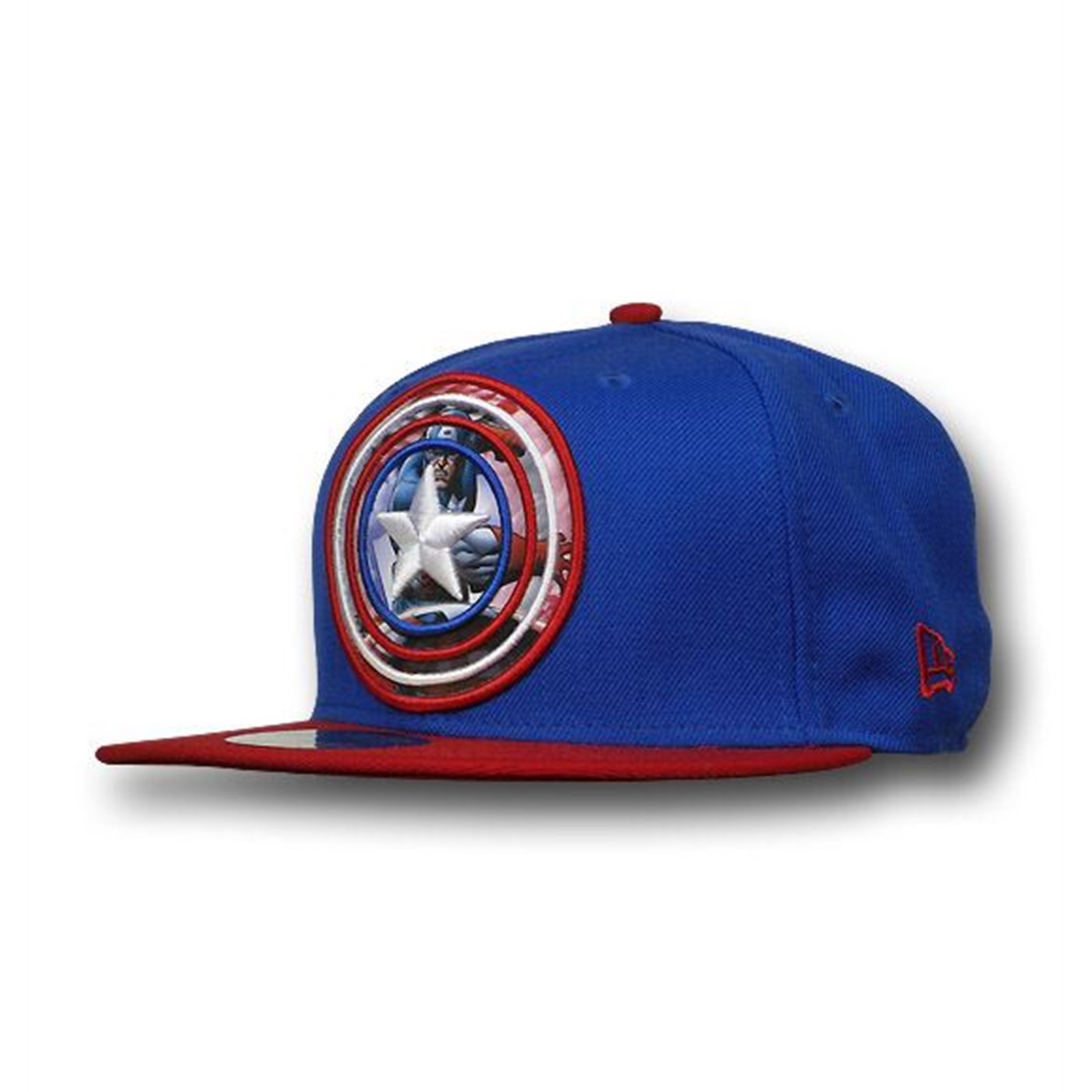 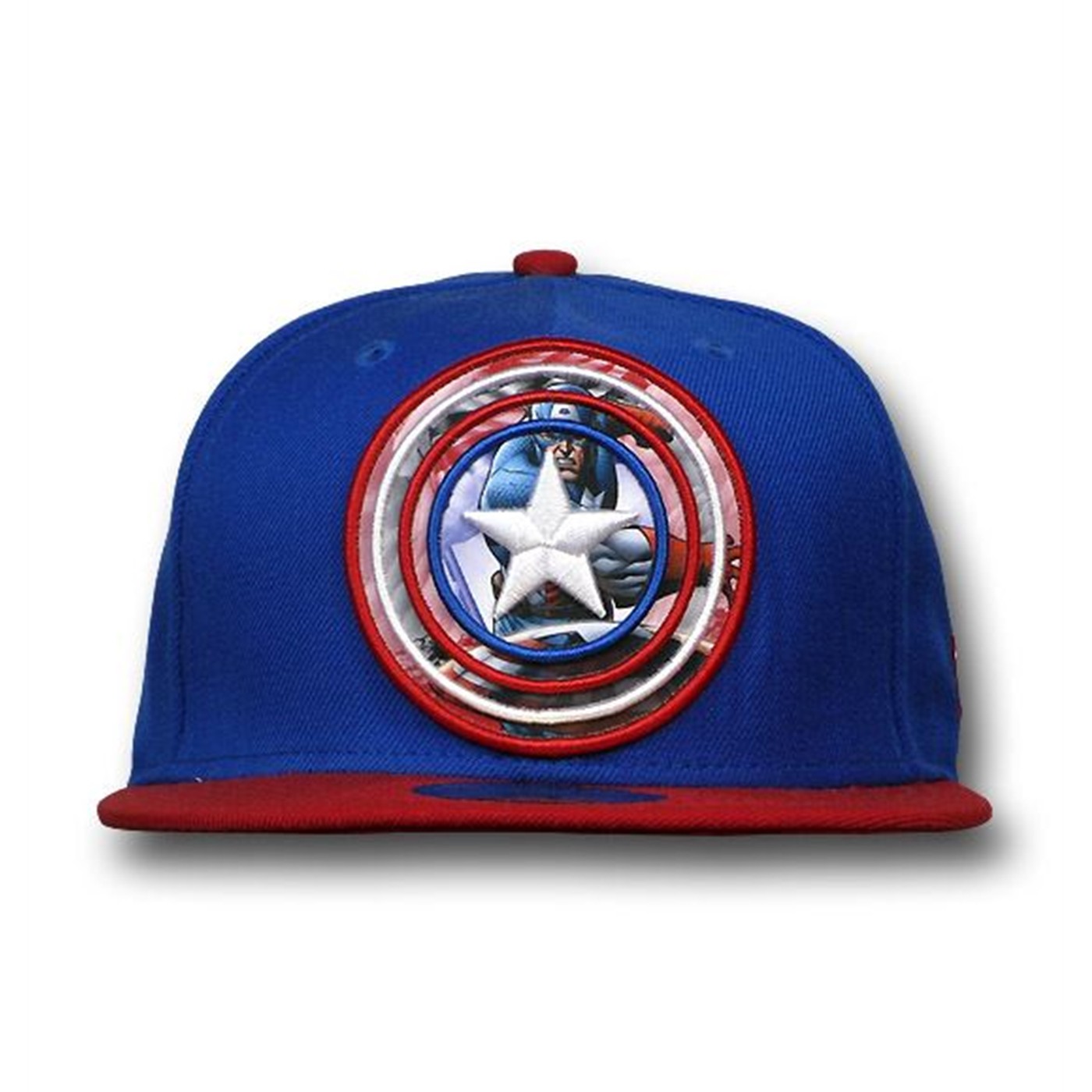 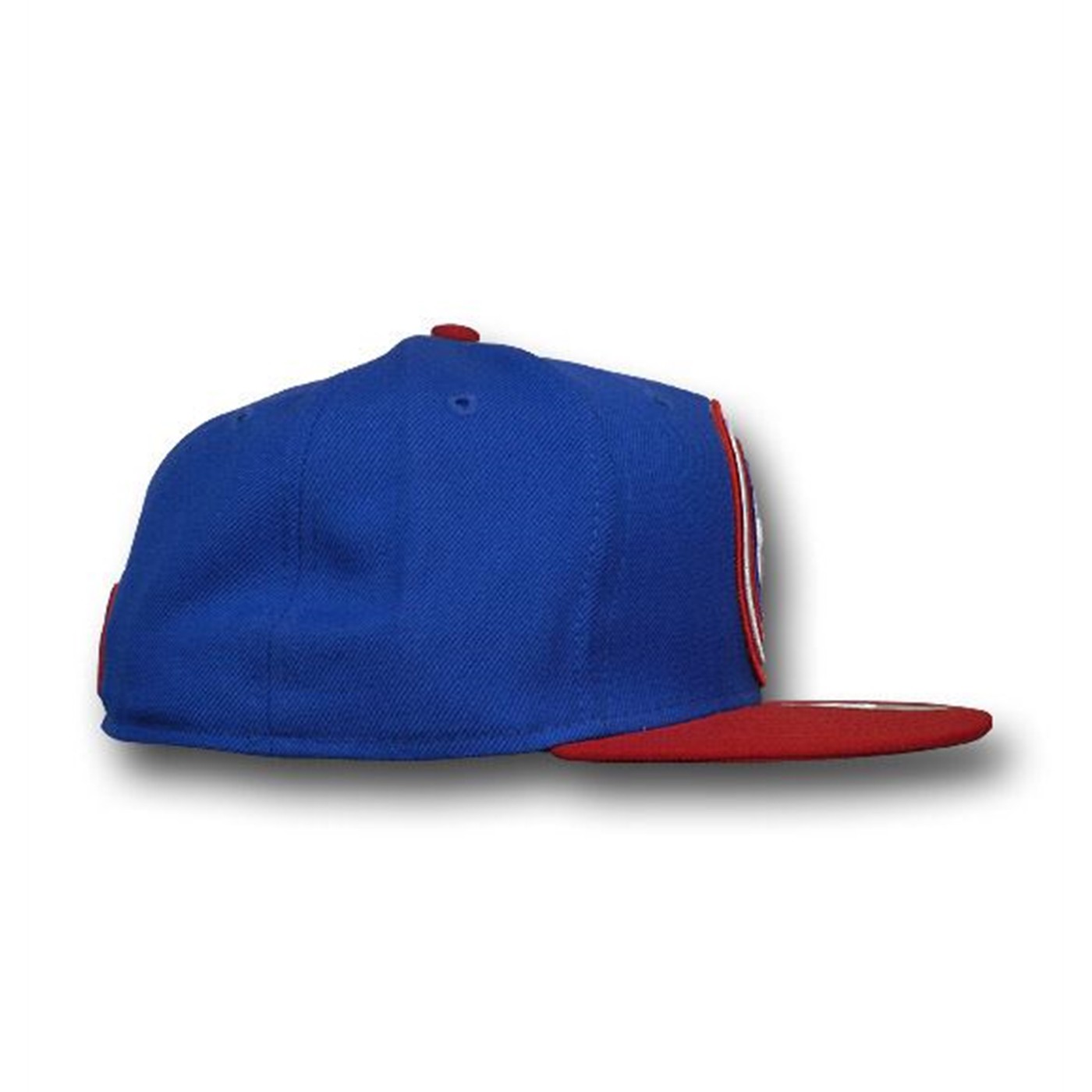 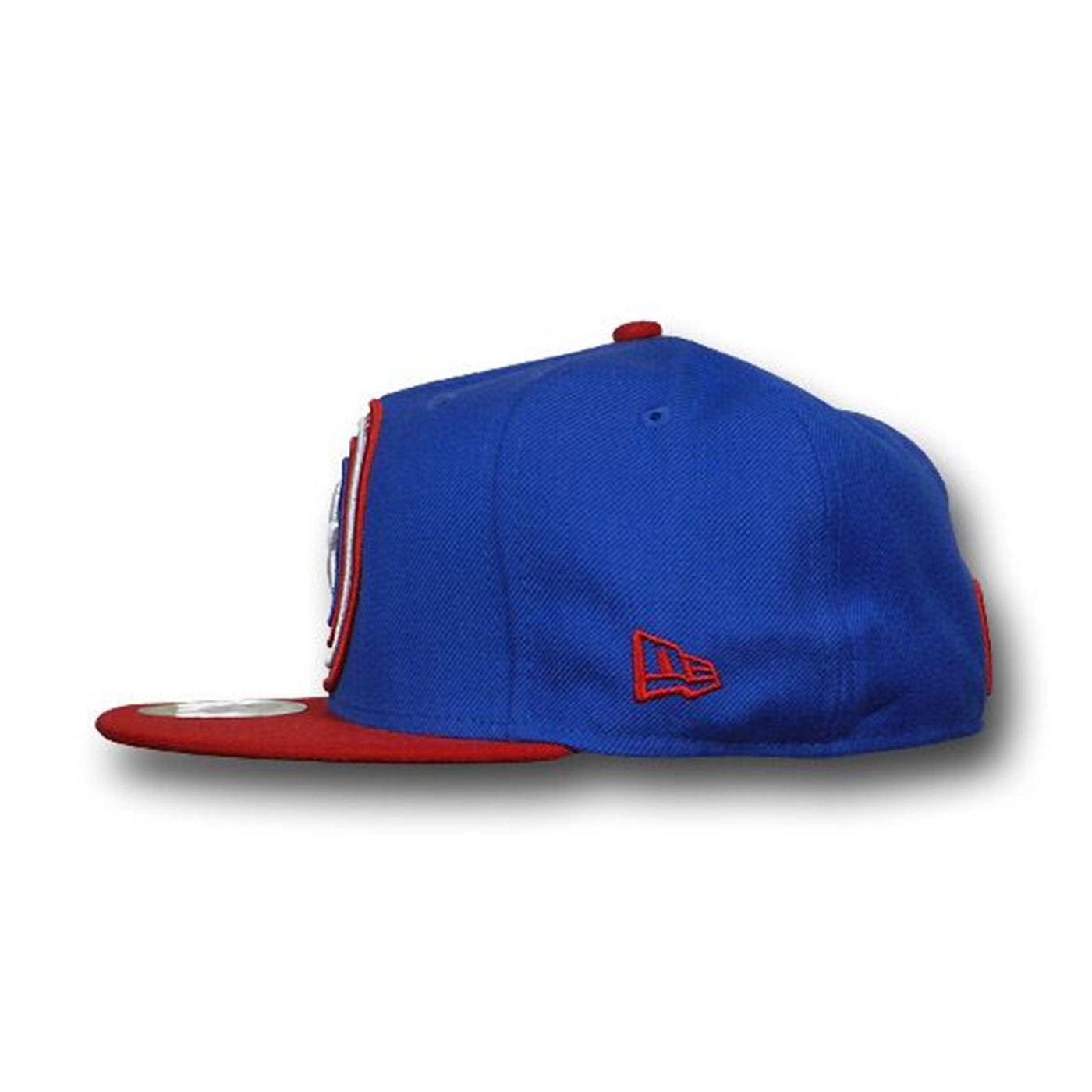 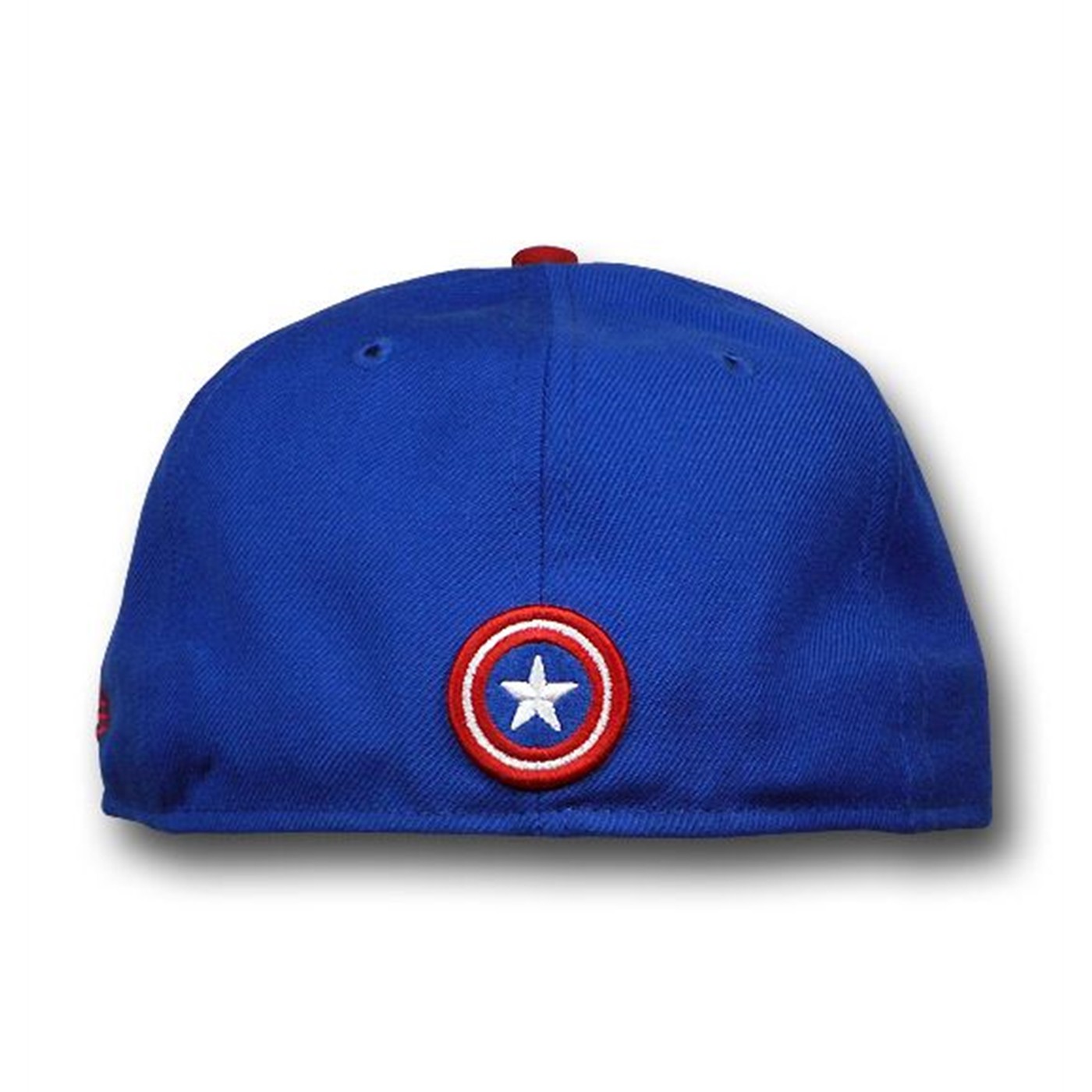 Captain America enjoys the little things. Kittens, wrapping up Christmas presents, volunteering his time to the local YMCA, and soccer style kicking Nazis and other agents of HYDRA! Okay, that last one he kind of enjoys more than the others. Can you blame him? If I was injected with the Super Solider serum I would use it to go heads on against the greatest evil of this time(since Cap got that Naught-zee thing under control)...the greatest evil being the likes of Justin Bieber and the Jersey Shore! YEAH! We won't have those two ruining any more lives! I'll be wearing this fantastic 100% wool Captain America Target Shield Flat Bill 59Fifty Cap as well so they know my motivation. I bet you could too! It has an image of Captain America's mighty shield with him inside of it! AWESOME! The hat itself is blue with one of those red 'bills'. I think bills are the front part of hats because it is the front part of ducks...right?